An anti-prostitution sting in north and west Corpus Christi leads to seven class B misdemeanors. 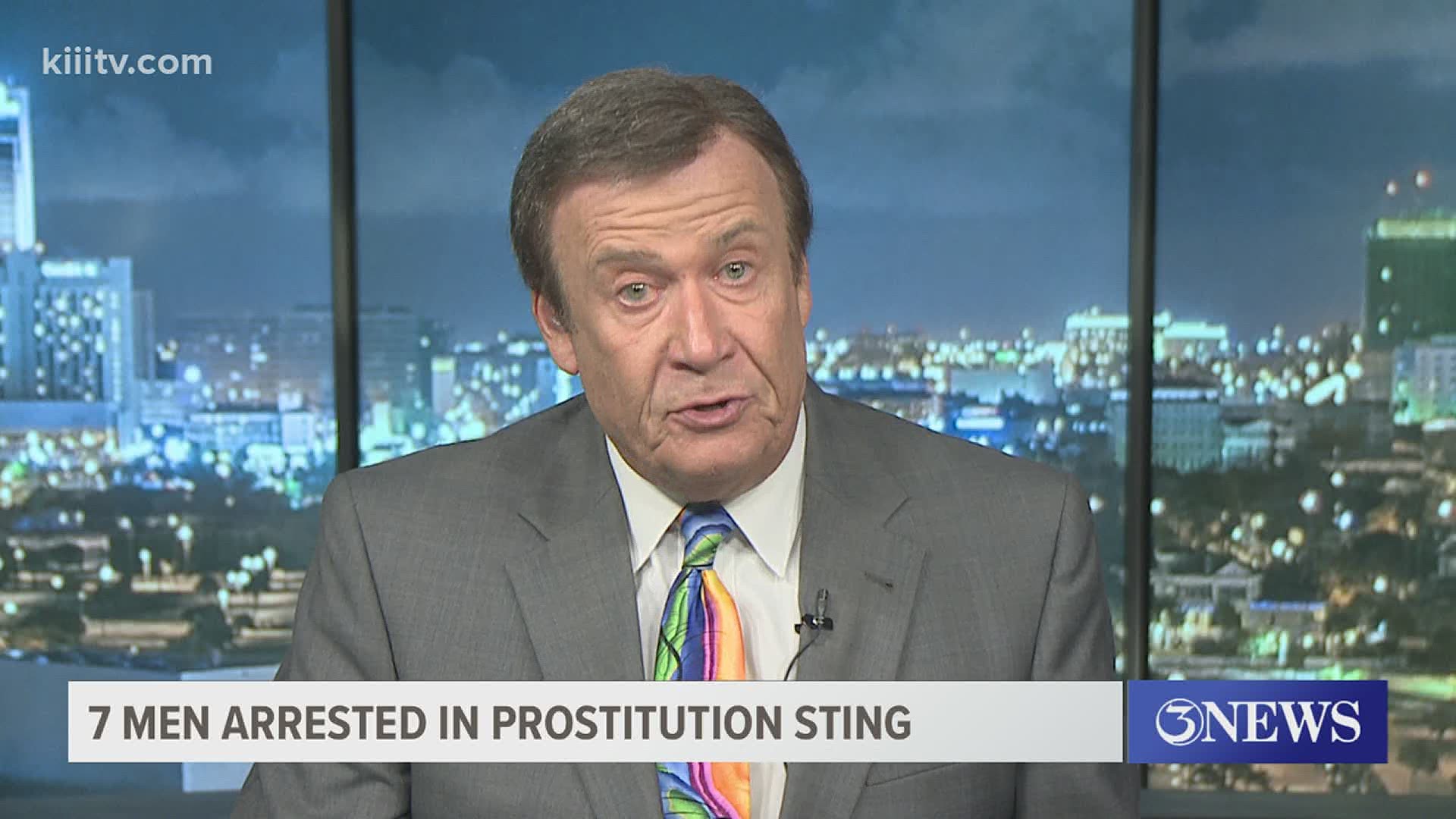 CORPUS CHRISTI, Texas — The Corpus Christi Police Department’s Narcotics and Vice Investigations Division (NVID) conducted an anti-prostitution sting on Tuesday afternoon that led to the arrest of seven men on charges of prostitution.

This is a class B misdemeanor punishable by up to six months in jail and fines up to $2,000. The men were arrested after they solicited an undercover for sex acts in exchange for money.

One of the offenders was also charged with unlawful carry of a weapon and another was found to be a registered sex offender.

NVID says many refer to prostitution as a “victimless” crime, but is linked to multiple other crimes including assault, human trafficking, sexual abuse, drug abuse, and the spread of sexually transmitted infectious disease. NVID also added that neighborhoods where prostitution is prevalent experience degradation of the quality of life and CCPD will continue to collaborate with all government and private entities to combat prostitution and help reduce crime and the fear of crime, as well as enhance public safety.