The family that Major Harvey Storms left behind included a Coastal Bend man who now knows the truth about his hero. 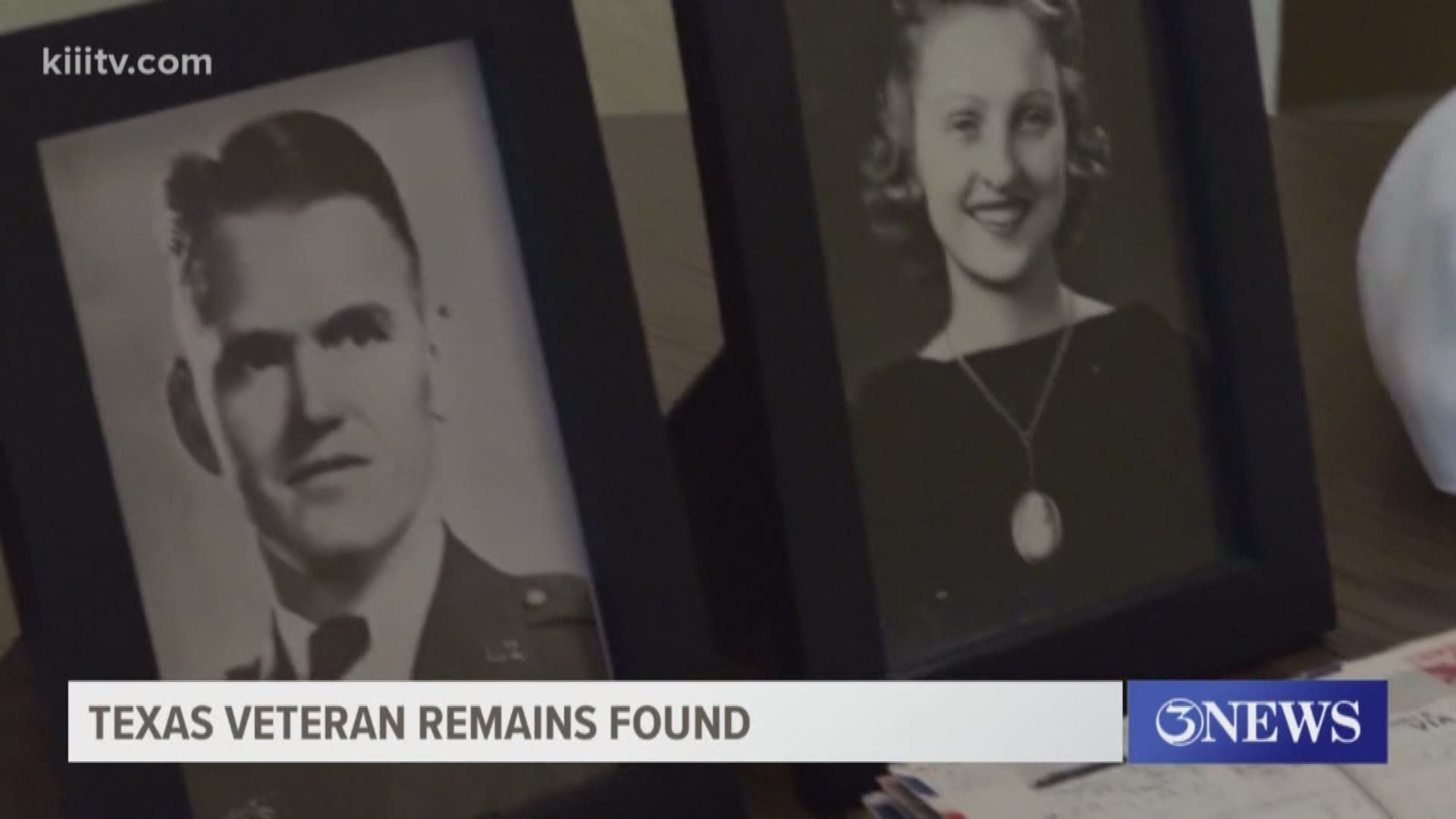 CORPUS CHRISTI, Texas — Almost 70 years later, the mystery of a Texas veteran in North Korea has been solved.

The family that Major Harvey Storms left behind included a Coastal Bend man who now knows the truth about his hero.

"I don't have any memories of him, even though I got pictures of him in my arms," Billy said.

Billy was just four years old the last time he saw his father. His oldest brother Sam was nine.

"He loved the military. He was respected because of that, too," Sam said.

The two along with their mother and younger brother moved to Japan during WWII, spending some of their childhood there.

The brothers came back to Texas before their dad went back to war.

"Every once in a while, I would catch myself saying, 'What would daddy do?'" Billy said.

The Storms' parents would exchange letters during his time there until they were sent back.

"We finally got a lot of mail that could not be delivered. It was returned to my mother," Sam said.

In January 1951, the family received a visit.

"Two soldiers came up to our farmhouse with the news," Billy said.

"That's where they told her that they don't know what happened to Harvey," Sam said. "He was identified as MIA, which is missing in action."

Harvey was just a memory to the brothers until they received news late July.

Harvey's remains were included in 55 boxes North Korea handed over to the US, China and South Korea from past wars.

"My father's remains is his left femur and his right humerus. That's all of him. Just two bones," Billy said.

"I was filled with disbelief. Joy. There was a sense of closure that filled me. We had hoped but didn't expect anything. This was really special," Sam said.

The family plans to bury their war hero in about eight months at Virginia's Arlington National Cemetery.

"I feel incredibly blessed to be part of a country that goes through the great expensive extent to make sure that every American soldier that has died is going to come home, and they're going to work until that happens. That's very touching," Sam said.