The Bobcats held off San Augustine in a much tougher ballgame than two years ago. 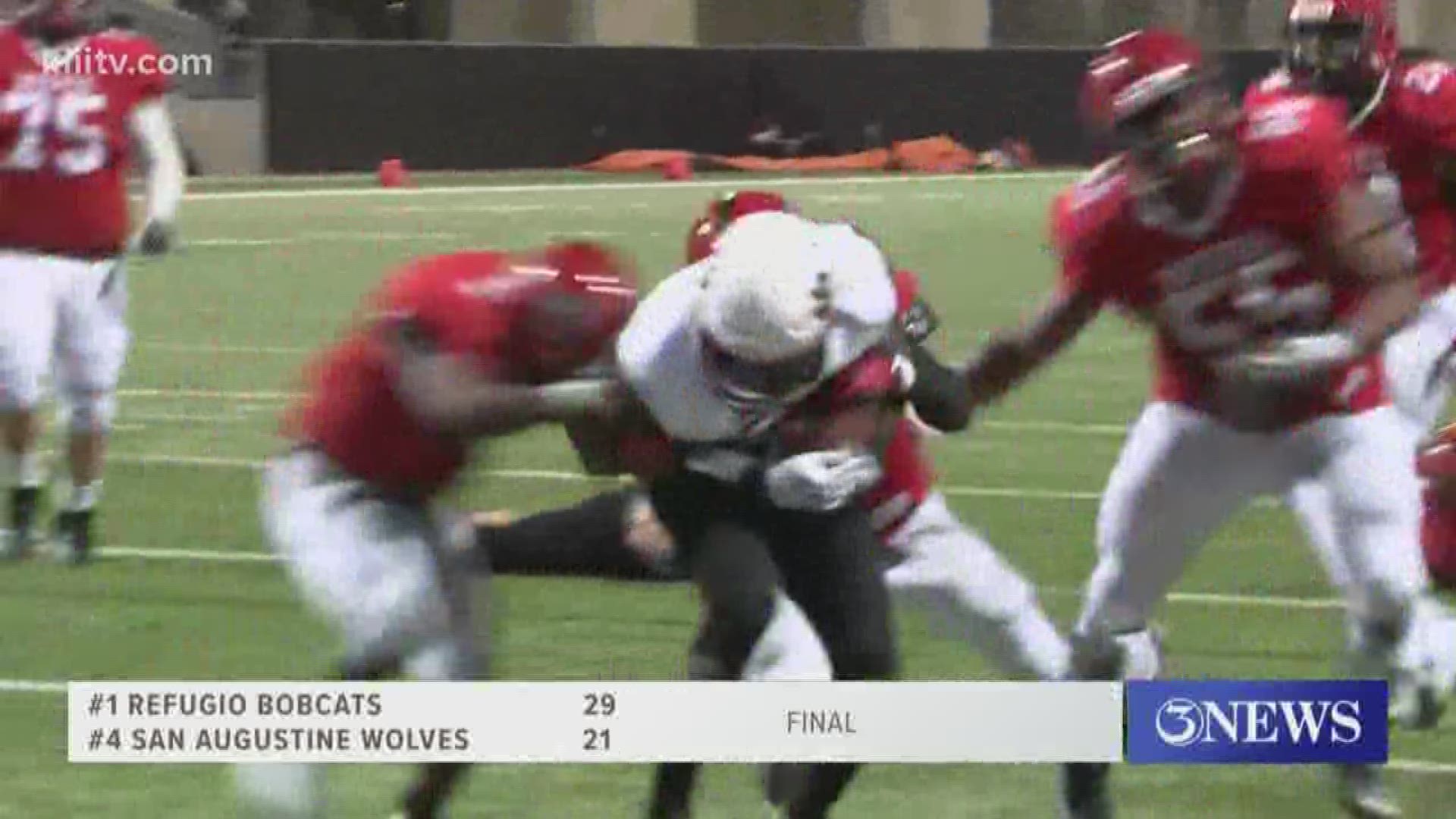 CYPRESS, Texas — The Refugio Bobcats earned yet another trip to the state championship game Thursday after holding off San Augustine 29-21 up in Cypress.

The Bobcats got two first half rushing touchdowns from quarterback Austin Ochoa as the two teams went into the break tied 14-14.

Refugio then got a big third quarter on both sides of the ball with two touchdowns coming off two interceptions. A big return on an interception by Antwaan Gross set up the go-ahead score by Ysidro Mascorro.

Credit: Refugio's Antwaan Gross takes an INT back in the 3rd qtr.