Officials say several people were injured when the the bus, which had 15 passengers, crashed into another vehicle. They are asking drivers to avoid the area. 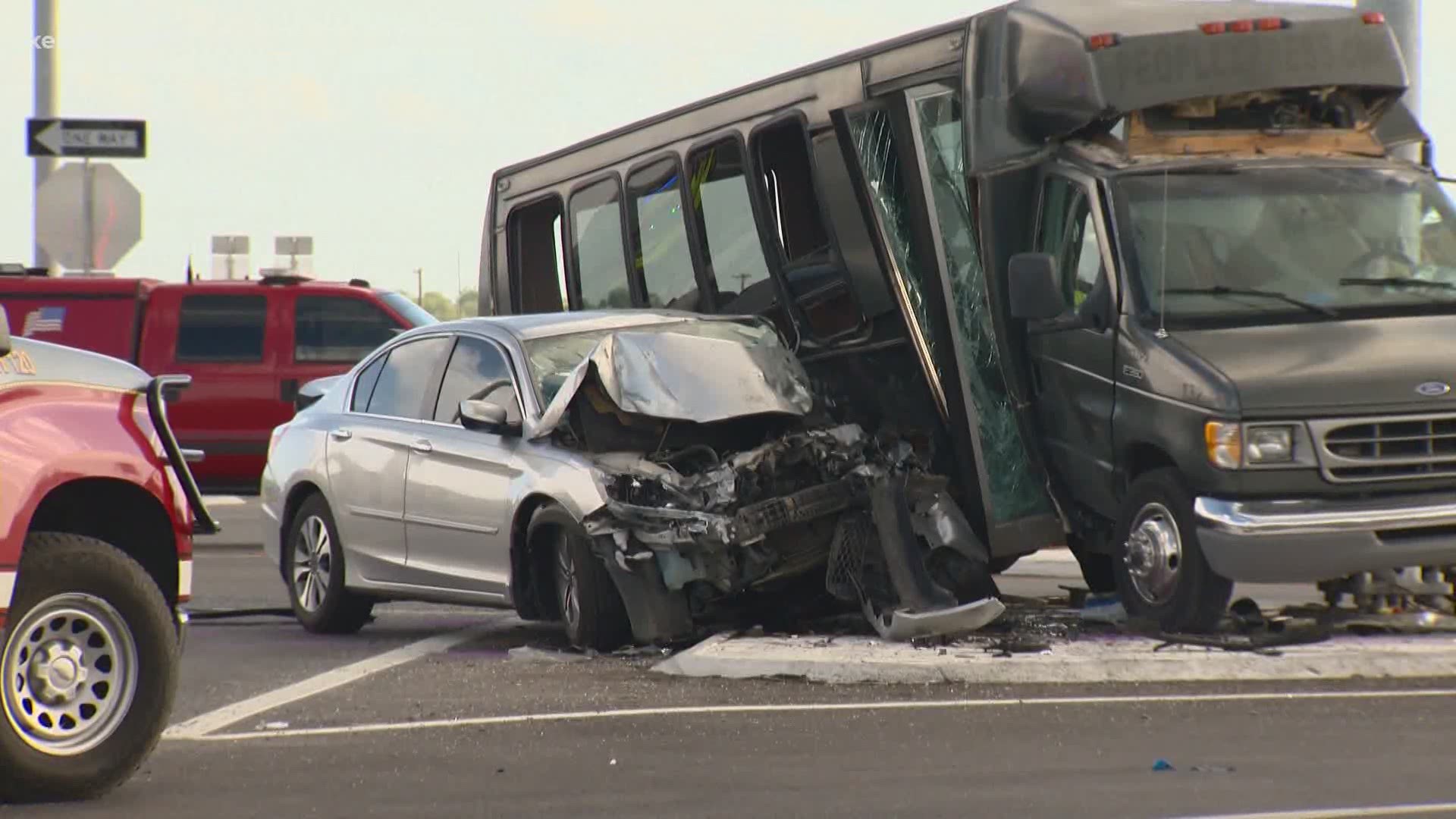 SAN ANTONIO — 14 people were injured when a charter bus with 15 passengers was involved in a major crash in east Bexar County on Sunday afternoon.

Officials say the bus crashed into another vehicle around 5:15 p.m. near Loop 1604 and Schuwirth Road, and it appears to have crashed into a pole as well. The Bexar County Sheriff's Office said that three people were seriously injured, but there were no life threatening injuries.

BCSO officials said that the 15 people on the bus were part of a church retreat group, and the bus crashed into a car while making a left turn.

One person was airlifted to the hospital, but officials said the helicopter was used due to a lack of available ambulances.

BCSO is asking drivers to avoid the area.