Under the lights Friday evening against St. John Paul II, the football teams showed support by raising awareness for the fight against childhood cancer. 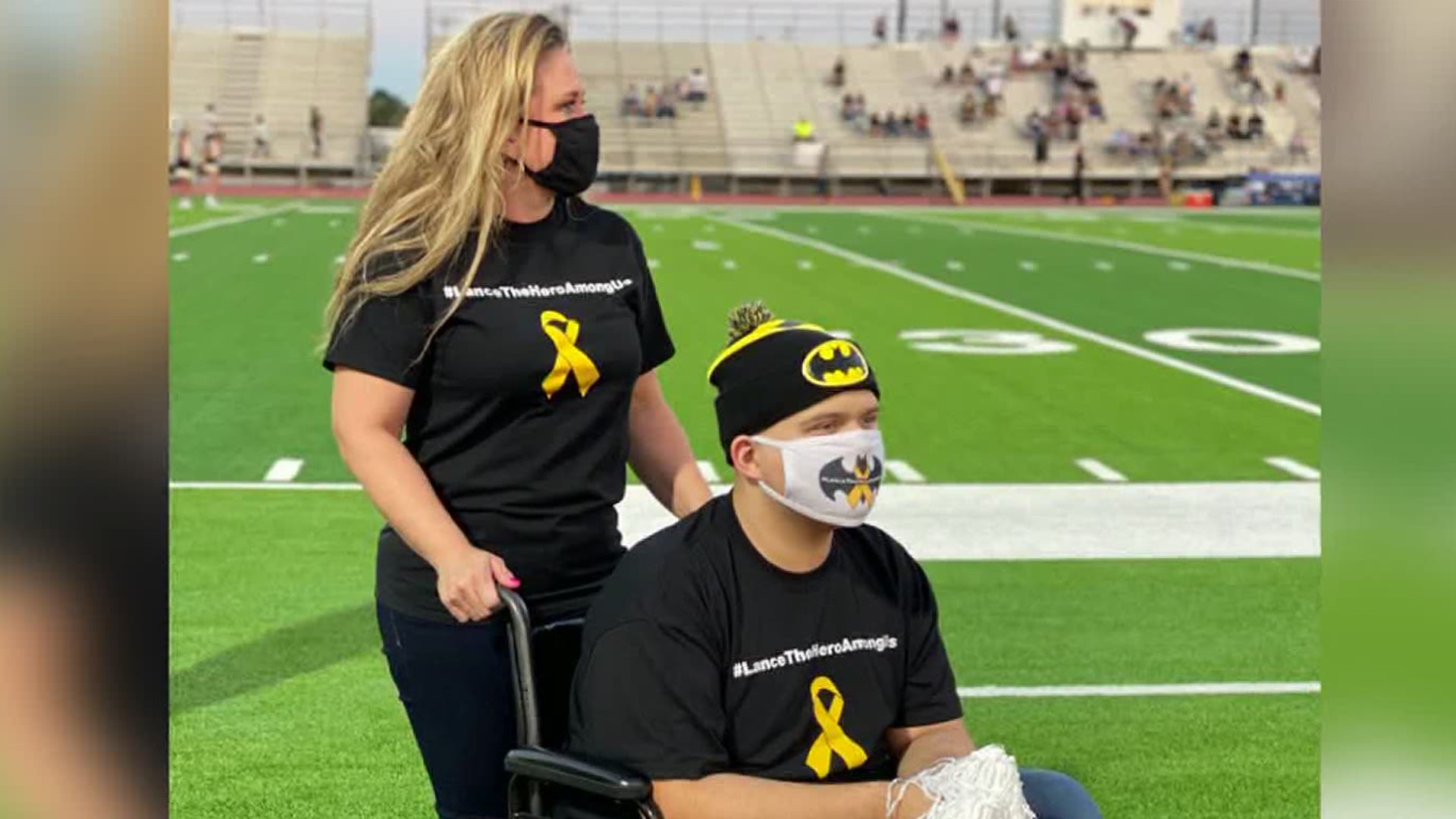 INGLESIDE, Texas — Lance Yarbrough and other children battling cancer were honored at the football game in Ingleside on Friday night. Yarbrough has autism and has been fighting a rare sarcoma in his hip.

His mom said it was back in July when doctors discovered a tumor almost the size of a soccer ball.

Since the news, she said the community in Ingleside has pulled together, showing Yarbrough and his family plenty of love and support.

Under the lights Friday evening against St. John Paul II, the football teams showed support by raising awareness for the fight against childhood cancer. It was also for the parents, who may also be in the same position. They want them to know that they're not alone.

"The minute you let go or try to let yourself be upset or kind of lose it a little bit, if your child is aware of that, that affects them so much," Summer Yarbrough, Lance's mother said.

"Sometimes, they're the ones that have to bring you back up, but you should not leave that up to them, but always remain hopeful."

Luckily -- the tumor on Lance's hip has been shrinking with treatment. His mother said that the doctors told them he will undergo surgery in late November to treat the rest of the cancer.

You got this, Lance!