Because the shooting took place outside Corpus Christi city limits, the Nueces County Sheriff's Office is reportedly handling the investigation. 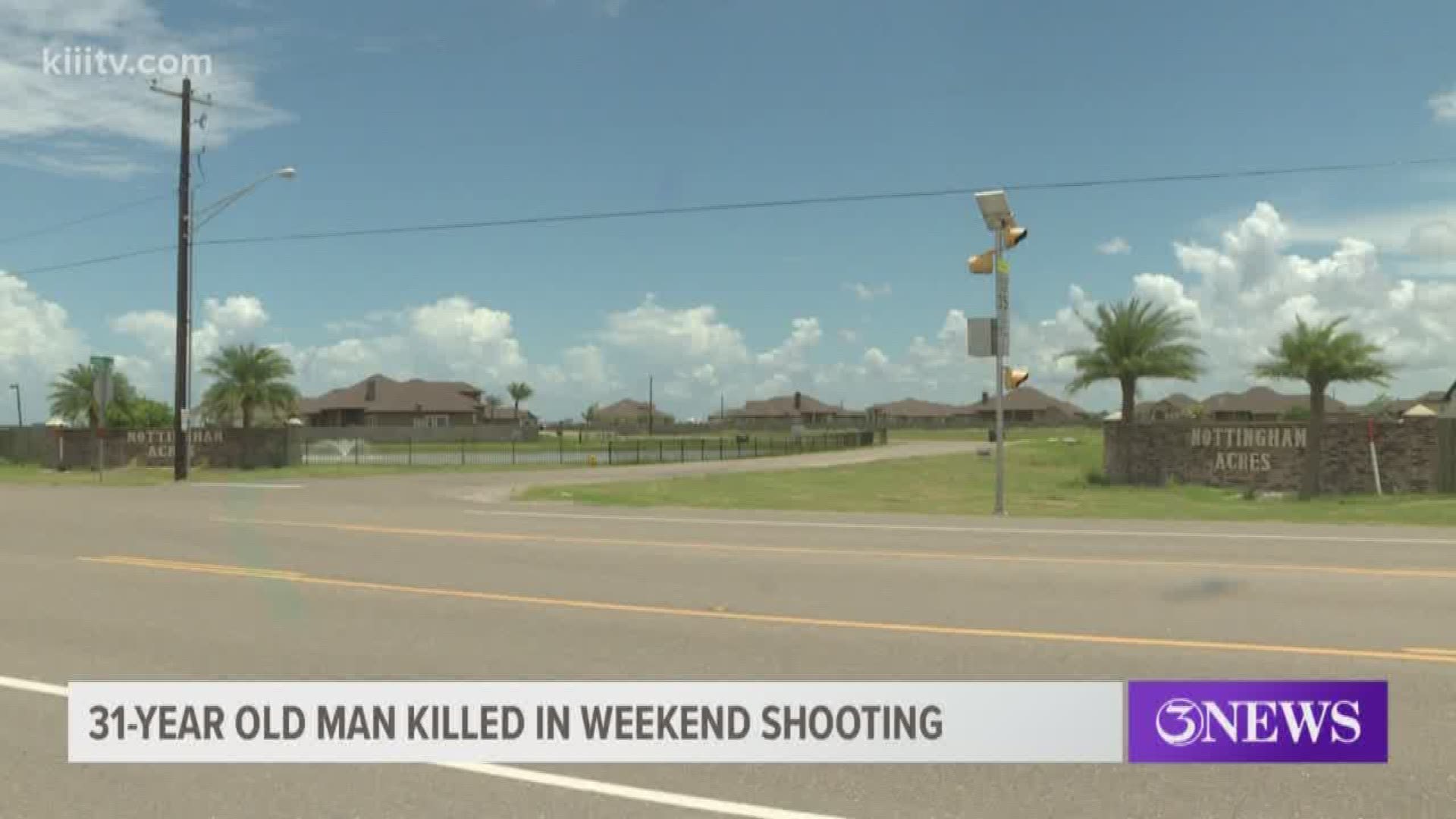 NUECES COUNTY, Texas — The Nueces County Sheriff's Office is investigating the shooting of 31-year-old Daniel Garcia in the London Estates subdivision just outside Corpus Christi. According to Sheriff J.C. Hooper, the shooting happened in the 1300 block of Gisbourne in the Nottingham Estates of the London area around 4:14 a.m. on June 14.

The incident was captured on video. Investigators said there was a party happening in that neighborhood when Garcia went to his car to get a gun and tried to get back into the house, but was not allowed entry.

Sheriff Hooper said it appears to be a case of self defense when the 34-year-old man shot and killed Garcia. According to the Nueces County Medical Examiner's Office, the victim died of gunshot wounds to the body.  The shooter wasn't arrested and no charges have been filed.

It is considered to be a homicide at this point as the case remains under investigation. Because the shooting took place outside Corpus Christi city limits, the Nueces County Sheriff's Office is reportedly handling the investigation.