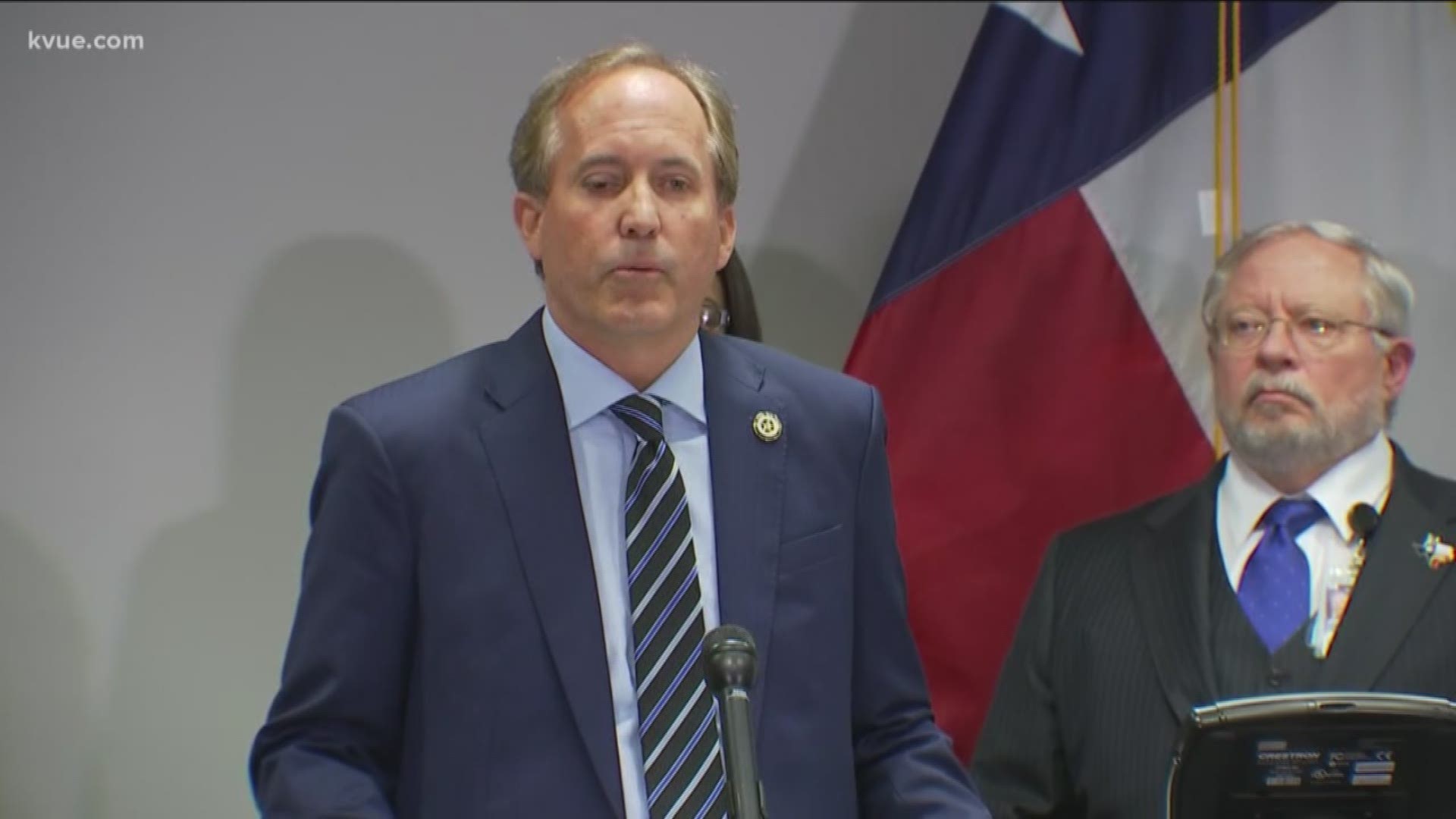 AUSTIN, Texas — Texas Attorney General Ken Paxton filed a lawsuit in Travis County District Court Monday against the City of San Antonio as his office continues to investigate the City's exclusion of Chick-fil-A from an airport concession contract.

According to the lawsuit, the Attorney General's Office filed a Public Information request in April to obtain documents related to the San Antonio City Council's decision, but City staff hasn't turned them over.

“The City of San Antonio claims that it can hide documents because it anticipates being sued,” Attorney General Paxton said in a statement. “But we’ve simply opened an investigation using the Public Information Act. If a mere investigation is enough to excuse the City of San Antonio from its obligation to be transparent with the people of Texas, then the Public Information Act is a dead letter. The City’s extreme position only highlights its fear about allowing any sunshine on the religious bigotry that animated its decision.”

However, City staff say since the AG announced publicly that his office was investigating the City, they didn't know if they could release the documents under the Public Information Act. So they requested a ruling from the Open Records Division of the Attorney General's Office, sending them nearly 250 pages to review, and are still waiting on an answer.

"Instead of allowing the routine process take its course, the AG decided to sue and not wait for a decision from his own department," said San Antonio City Attorney Andy Segovia. "The Attorney General notified the press before any communication with the City, or even before the City was served with the suit."

In March, the San Antonio City Council voted to exclude Chick-fil-A from a concession contract at the airport. Tax filings from 2017 had shown the food chain donated about $1.8 billion to three groups with anti-LGBTQ policies.

"With this decision, the City Council reaffirmed the work our city has done to become a champion of equality and inclusion," Treviño stated in a press release. "San Antonio is a city full of compassion, and we do not have room in our public facilities for a business with a legacy of anti-LGBTQ behavior."

The situation in San Antonio became a poster-child for Senate Bill 1978 (SB1978) during the 86th Texas Legislative Session. The bill was originally filed as "religious freedom" legislation, but was changed to, more narrowly, ban governmental entities from taking "adverse action" against a person or business based on their affiliation with or donations to religious organizations. The bill passed in both chambers and was sent to Governor Greg Abbott for final approval.

A copy of the petition can be viewed here.

Rest in peace: Remains found in Arkansas are Maleah Davis'

Fort Worth couple dies on vacation in Fiji