Click It or Ticket program begins Nov. 13 in Corpus Christi

This isn't the first time we've seen this effort by law enforcement. According to the city, Corpus Christi has received CIOT grants since 2002. 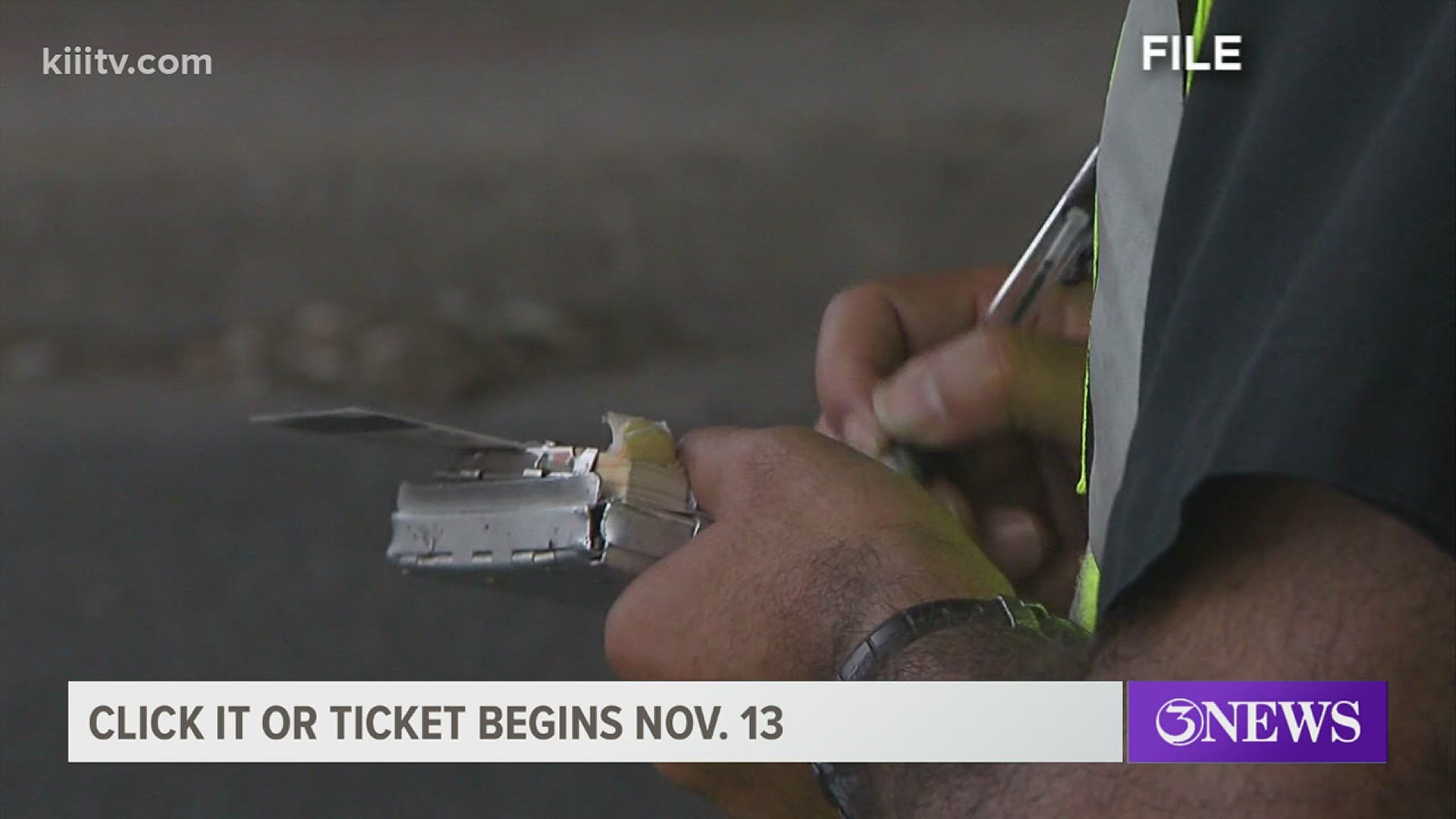 CORPUS CHRISTI, Texas — The holiday seasons are approaching and many of us will be spending more time on the road. To decrease the number of accidents that involve the misuse of seat belts and child safety seats, the Click It or Ticket program will begin.

Yesterday, City Council approved a grant from the state which will provide $15,000 worth of overtime pay for Corpus Christi Police Officers to enforce the program. The city will also provide an additional $4,266.85 for fringe benefits.

The program will run from November 13 - December 2.

"The program is to increase seat belt and child safety seat use in all passenger vehicles and trucks by conducting an intense occupant protection enforcement and public information and education effort during the Thanksgiving holiday," the City Council agenda item read.

This isn't the first time we've seen this effort by law enforcement. According to the city, Corpus Christi has received CIOT grants since 2002.

According to the city, throughout Memorial Day weekend, the city received funding in the amount of $17,987.36. The Corpus Christi Police Department was able to issue 353 citations for seat belts, child safety seats and distracted driving violations.