Truckers Against Trafficking is committed to preventing and stopping human trafficking. 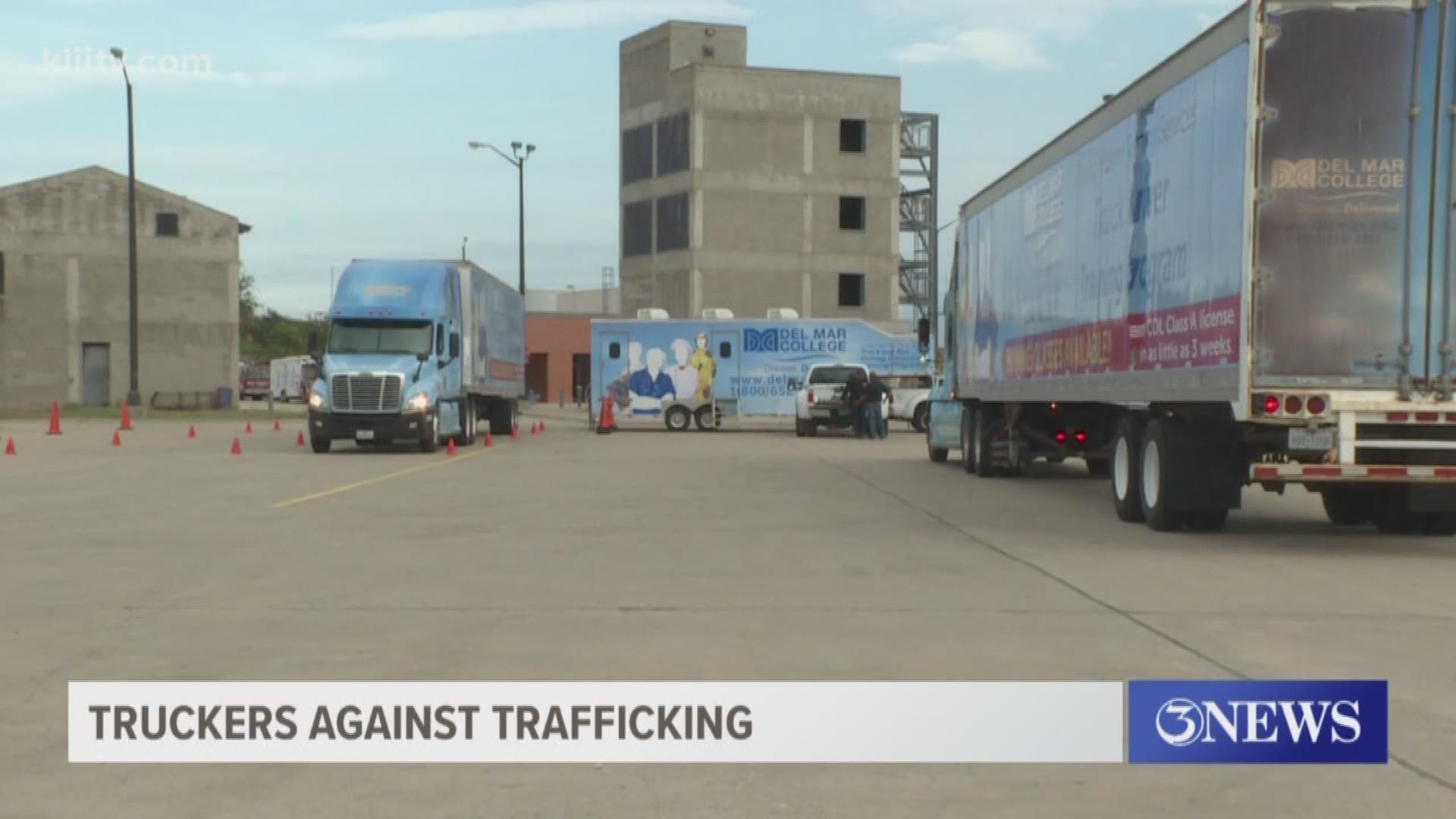 CORPUS CHRISTI, Texas — A recent report listed Texas at the top of the list when it comes to human trafficking cases.

Professional truck drivers have been at the forefront of helping law enforcement find possible trafficking victims.

Human trafficking education is mandated in Texas for colleges that offer commercial driving programs to include training on how to spot the red flags.

The founding member of Truckers Against Trafficking discussed the issue with a group of transportation instructors Thursday at Del Mar College's West Campus. The information presented is passed on to future truck drivers, including those at Del Mar College.

Truckers Against Trafficking is committed to preventing and stopping human trafficking.

Officials say human trafficking is considered modern-day slavery.  It is the exploitation of men, women, and children for forced labor or sex by a third party for profit or gain.

Truck drivers crisscross the country are said to be the eyes and ears for law enforcement.

"It's okay to be wrong.  Make the phone call, but what if you are right and you didn't make that phone call.  That almost happened to me, and I don't want it to happen to anyone else." Del Mar College lead instructor Lynette Cervantes said.

"There have been people physically rescued by law enforcement because professional drivers knew the signs and made the call," said Kirsta Melton, deputy criminal chief of Human Trafficking for the Texas Attorney General's Office.

Truckers Against Trafficking has resulted in over 2,300 calls to the National Human Trafficking Hotline, with almost 1,200 victims identified.

The discussion was part of a two-day conference hosted by Del Mar College Transportation training services.