CCPD Officials said three cars were involved in the accident 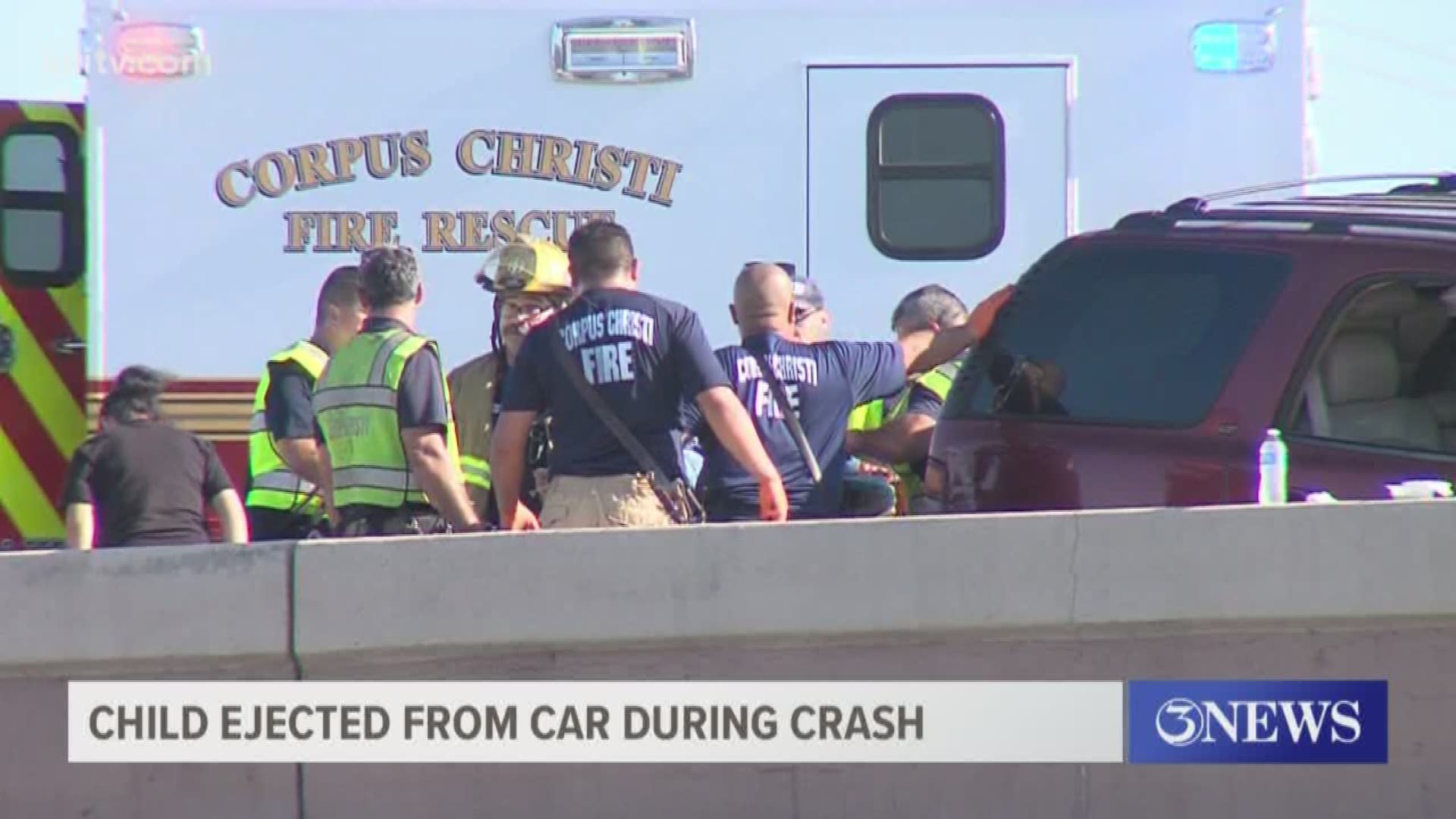 CORPUS CHRISTI, Texas — A three-car accident caused quite the traffic jam on Saturday evening. CCPD said it started when one car was merging lanes on Highway 358.

One SUV was carrying a male driver, pregnant female passenger and four children in the back. Police said they believe not all of them were properly restrained, including the seven-year-old girl who was thrown from the vehicle.

"A couple lessons make sure your kids are buckled in, make sure they're secure because it would've been horrible if that child would've ejected out of the vehicle as she was and left and went over the railing here and onto down onto the highway down below us," Lieutenant Nicholas Kless said.

Several first-responders were on scene of the crash. Officials said the little girl was transported with severe injuries to her head.

The driver, Lieutenant Kless said, was cited for driving with unrestrained passengers. Investigators also found that no one who was involved in the crash, was intoxicated.

Police said it's important to always buckle up and make sure that children are properly restrained, especially if they need a booster or car seat.