A safe and smart way to share the love

She says seniors here in this community are feeling the isolation from the outside world -- and more than anybody else. 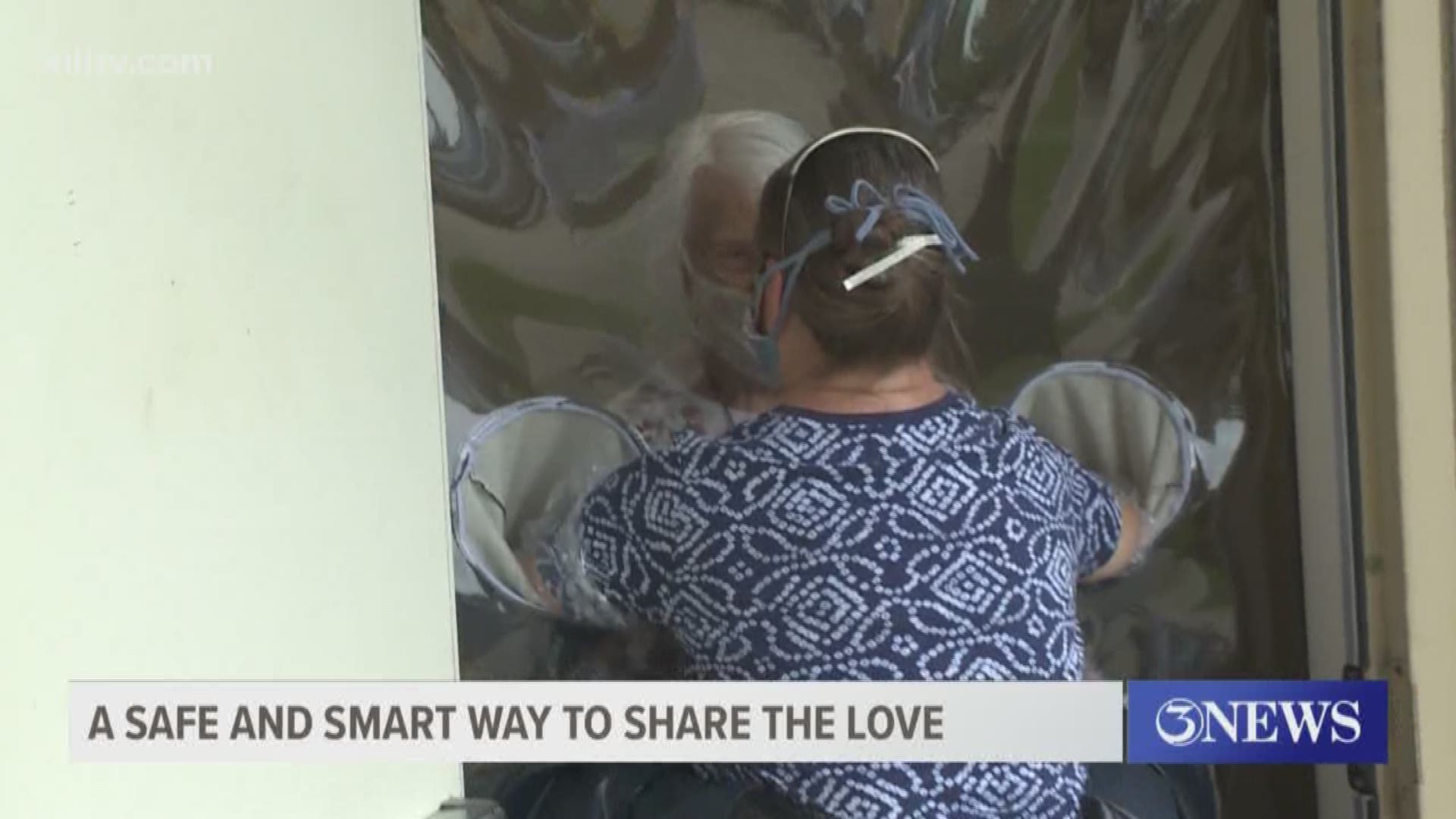 CORPUS CHRISTI, Texas — It may have been months since some of us last saw our family members -- and although it’s been a tough road, one local senior living community thought outside of the box, all for a smile.

Our Ashley Gonzalez shares how COVID-19 has made business’ smarter when it comes to dealing with isolation.

"It’s been months since this mother and daughter held one another -- that is until the Mirador Senior Living Community created a ‘hugging station’, and even though there was a plastic protective wall, the love was still spread," said 3News Reporter, Ashley Gonzalez.

"You okay? Not much, but it’s better than nothin’," said daughter, Pam Delaney.

Better than nothing, that’s what Pam Delaney said when she was finally able to enjoy her mother’s company.

Pam says her birthday is this week, and even though it’ll look different this year, she received her present a little early -- to finally give mom a hug.

"That was great to be able to do that and that’s why I had wanted to schedule and it’s a really creative thing," said Pam Delaney, daughter of 94-year-old Mother.

Elizabeth Rhea of the senior living community says COVID-19 has made her smarter and more experimental.

She says seniors here in this community are feeling the isolation from the outside world -- and more than anybody else.

"There’s no substitution for physical presence and physical touch and while we’re under these restrictions because of the risks of COVID, we want to find a way to do that safely. helping them reconnect with their family is one of the most important things we can ever do for them," said Elizabeth Rhea, Director of Lifestyles and Wellness at Mirador.

Elizabeth says there are simple and safe ways to reconnect with the ones we miss and love the most.

"f you can find some plastic sheeting and install it in a doorway that doesn’t get much use, kind of dedicate it to this visiting purpose and just go by and see them every once in a while and just sit and talk with them. The next best alternative would be to visiting through a window but also using a phone because the glass does impede in the conversation. As well as maybe dropping a care package on the porch, sanitizing as you set it down, knocking on the door and stepping way back and waving and blowing kisses from the curb," added Elizabeth.

Elizabeth also says so much as a handwritten letter -- could also go a long way, and now more than ever, over communicate and overuse the words ‘I love you’.