Suspect who is believed to have shot, severely injured a Senior Officer in custody 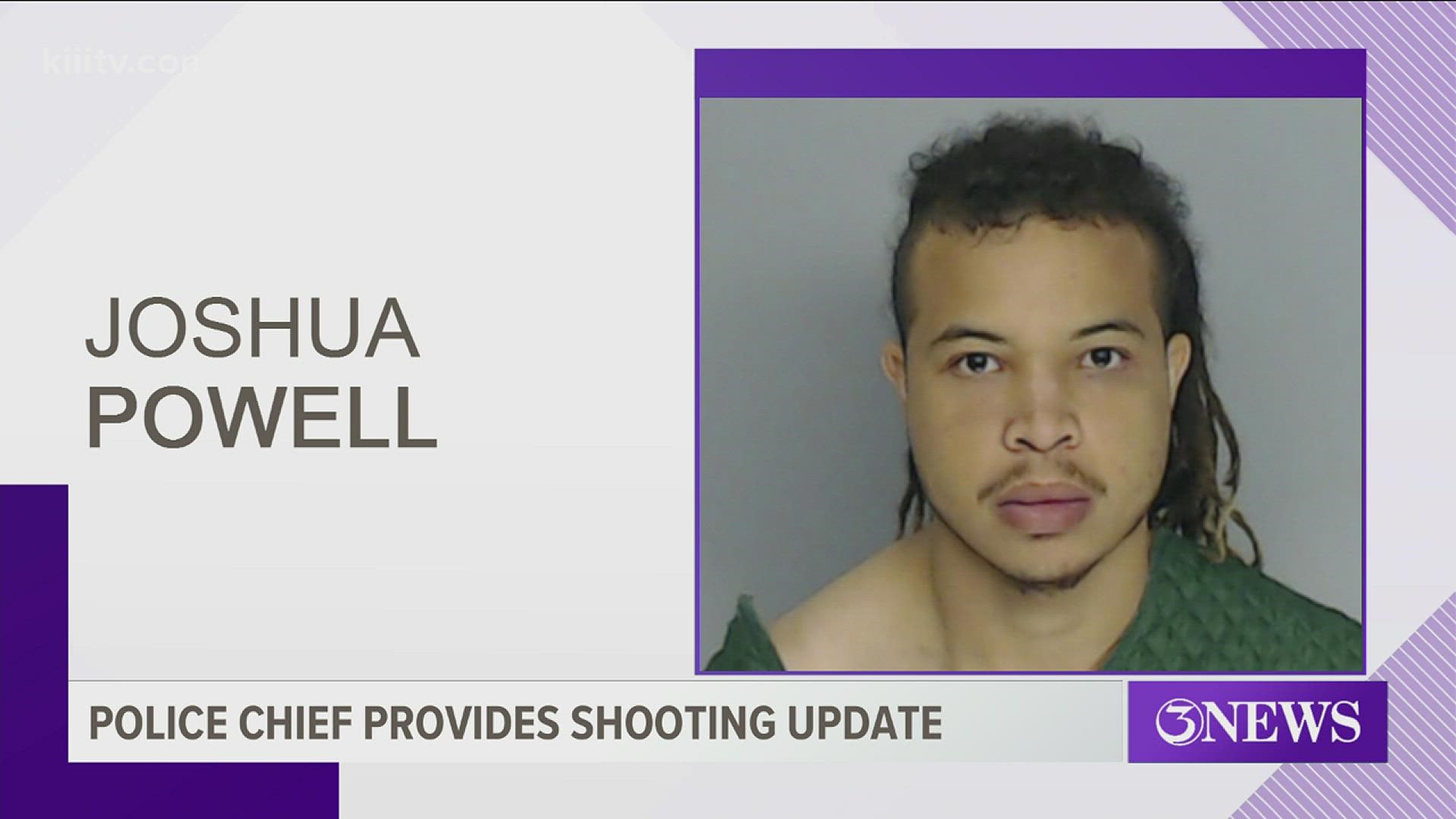 Powell was taken into police custody at the Watercolor Apartment Homes just before 4:30 p.m. on Thursday after a more than 24-hour long manhunt by police.

Sources close to the investigation told 3News that a tip came in to law enforcement at approximately 4:02 p.m. The tip said that Powell was at the complex. Police surrounded the area and took him into custody without incident shortly after.

A gun was also found at the scene on Wednesday. It is believed to be his gun but it is not yet clear if that was the weapon used in the shooting.

Powell is facing a charge of attempted capital murder in lieu of a $1 million bond.

The shooting happened just after 2 p.m. on Wednesday at the Watercolor Apartment complex in the 5900 block of Weber Road. Police were dispatched for a disturbance in progress. When they arrived, police said the subject opened fire on the officers, striking one several times.

The officer who was struck has now been identified as Senior Officer Manuel Dominguez. He was taken to CHRISTUS Spohn Shoreline Hospital for treatment. The Mayor's Office confirmed Thursday that Dominguez is currently being treated in the intensive care unit. The extent of his injuries is unclear at this time.

Dominguez is a 20-year veteran of the Corpus Christi Police Department.