TxDOT is warning drivers that the two northbound lanes will be closed Thursday and Friday morning starting at 9 a.m. 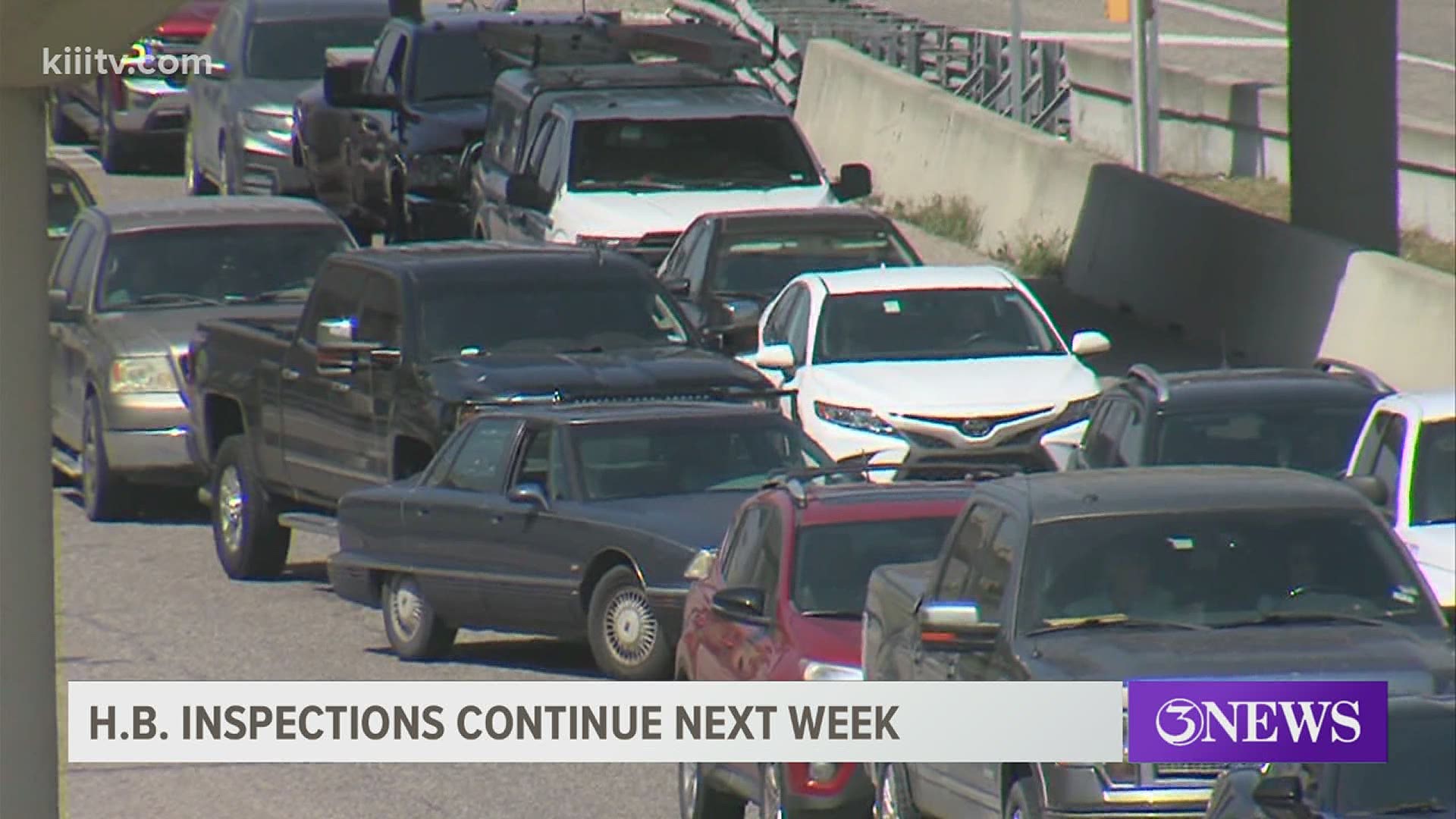 CORPUS CHRISTI, Texas — According to Rickey Dailey, spokesperson for TxDOT, these lane closures are due to a routine safety inspection taking place on the harbor bridge which are scheduled to take place every two years.

These daytime lane closures of U.S. 181 will take place from 9 a.m. to 4 p.m. until April 14. Drivers are urged to consider taking alternate routes such as the Joel Fulton Corridor.

'We know there has been backups but that’s kind of the nature of the beast when you have three lanes down to one, especially one connector which is main route from Portland to Corpus and other areas," said Dailey.

According to Dailey, in addition to the bridge inspections, they are working on navigational light repairs, illumination repairs and replacing lumineers or streetlights to LED.

“We are trying to get as much work done in addition to the inspection while we have those lanes closed to prevent future disruptions," said Dailey.

TxDOT asks drivers to slow down near work zones and be cautious for road workers.

"The only thing between them and the public is either a concrete barrier, or barrels; it's critical to slow down in work zone for everyone’s protection," said Dailey.

Traffic on the harbor bridge was bumper to bumper Wednesday. The jam was a result of multiple lane closures on the bridge as crews conduct safety inspections.

Officials with TxDOT said the right two lanes of Highway 181 on the south bound side were shut down Wednesday for those inspections. The lanes are back to normal now, but TxDOT is warning drivers that the two northbound lanes will be closed Thursday and Friday morning starting at 9 a.m.

All work is weather permitting.

On Monday and Tuesday April 12 and 13, the right two lanes of U.S. 181 southbound will close again.

Wednesday, April 14, the right two lanes of U.S. 181 northbound will close. TxDOT said this closure may be changed to the two right southbound lanes depending on how previous work has progressed.

The Texas Department of Transportation has been proactively inspecting bridges in Texas for nearly 40 years.

All public-use bridges in the state that carry vehicular traffic, whether they are on state-maintained roads or off-system roads such as county roads, undergo routine safety inspections every 24 months.

Motorists are urged to consider alternate routes, to expect delays, to follow all traffic control devices, and to slow down in the work zone.