The person infected resides in the 78417 zip code, according to city officials. 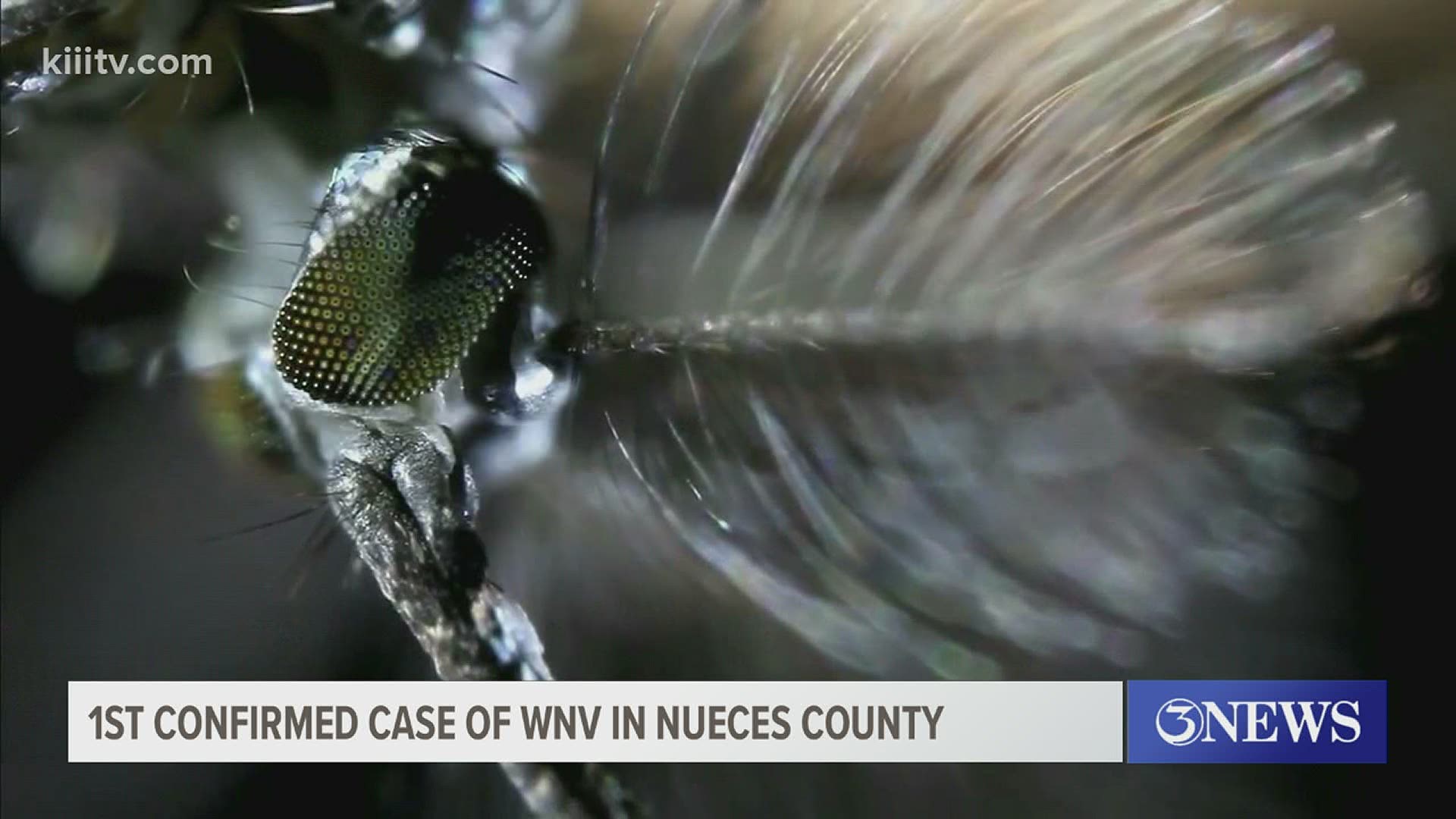 City officials said the patient is a man in his 50s and is currently being hospitalized. He lives in the 78417 zip code where city officials say there has not been a positive case of the virus identified in mosquitoes there.

West Nile Virus is a disease spread by the bite of an infected mosquito.

According to the Centers for Disease Control, Texas has reported 48 cases of West Nile and eight deaths for 2020.

"It's not uncommon we do see some cases. You have to worry about someone who is above sixty years of age or somebody who is immunocompromised, their immune system in altered because when they get the infection just like any other viral infection, they end up in major trouble like they could have cough, congestion, fever, chills, body ache and vomiting," said Dr. Salim Surani, a Pulmonologist.

Dr. Surani says about 80-percent of the West Nile Virus in humans do not have symptoms, but for those who believe they have contracted the illness, contact a doctor immediately.

From the City of Corpus Christi

Residents are advised to protect themselves from mosquito bites by avoiding outdoor activities, especially during dusk and dawn. While outdoors wear FDA approved insect repellant containing DEET and reduce mosquito breeding grounds by disposing items in the yard that can contain standing water such as tires, toys, or water buckets. Lastly, if residents develop any these symptoms following a mosquito bite, seek medical assistance immediately.

As a result of this confirmed case, Vector Services will implement the Mosquito Management Response Plan. The response entails the following: