31-year-old Mark Hernandez was arrested earlier this week on injury to a child charges after a 1-year-old baby girl was found unresponsive in his care. 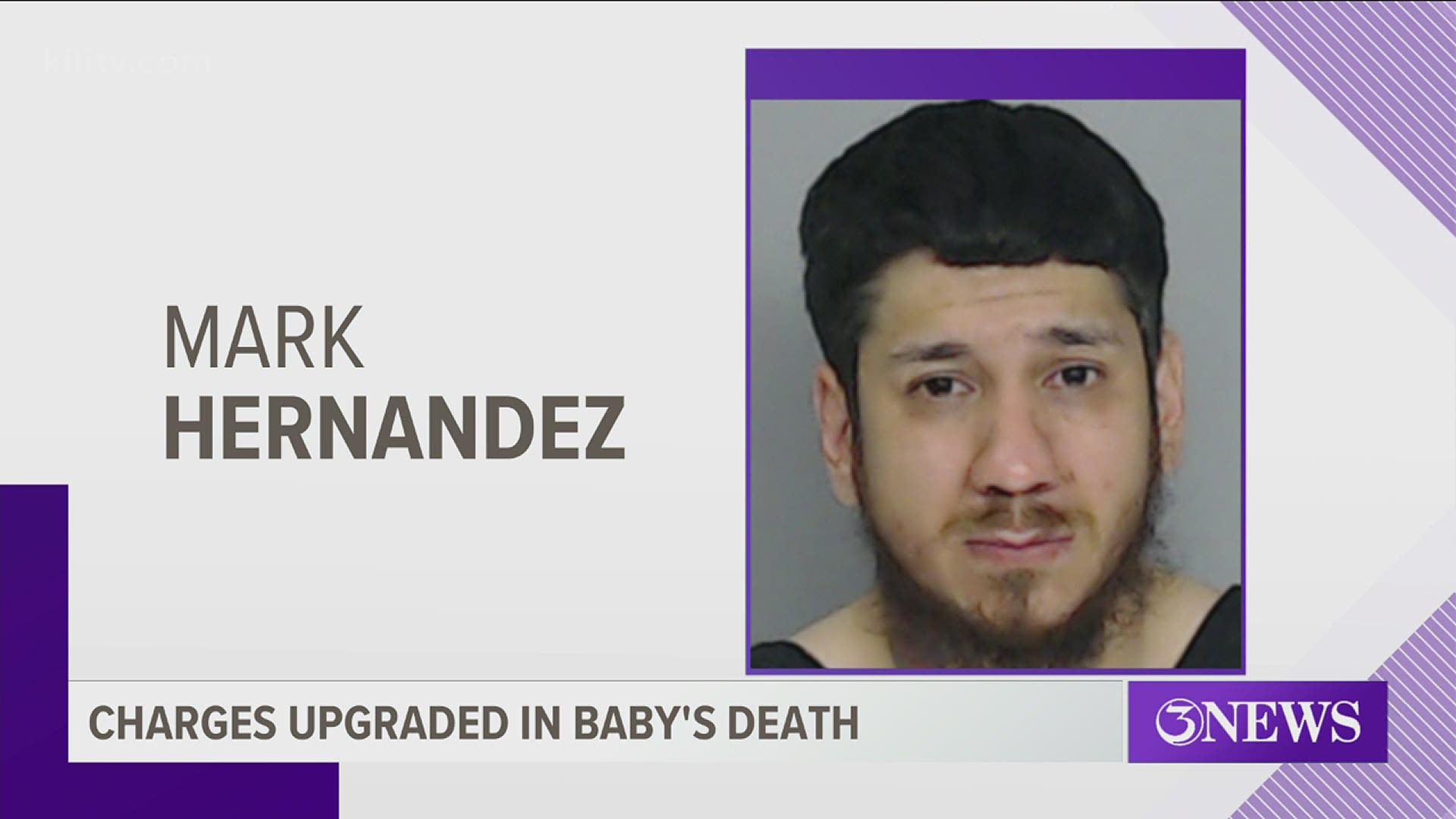 CORPUS CHRISTI, Texas — On Monday, May 10 at 3:05 p.m., Corpus Christi police officers were called out to the Latitude Apartments on the 6400 block of Weber Road for an unconscious child who was not breathing.

When officers arrived, they found the 1-year-old baby girl and brought her down to the medics on the scene. Police say the medics took the baby to the hospital, where she was listed in serious condition.

During the investigation, police say they found enough cause to arrest the mother’s boyfriend, 31-year-old Mark Hernandez, for injury to a child.

We have confirmed that the baby died Wednesday afternoon. Hernandez is now charged with capital murder and was served while still in Nueces County Jail.

His bond has been set at $1 million.