Officials with the diocese said Marco Hernandez will act as the interim Athletic Director. 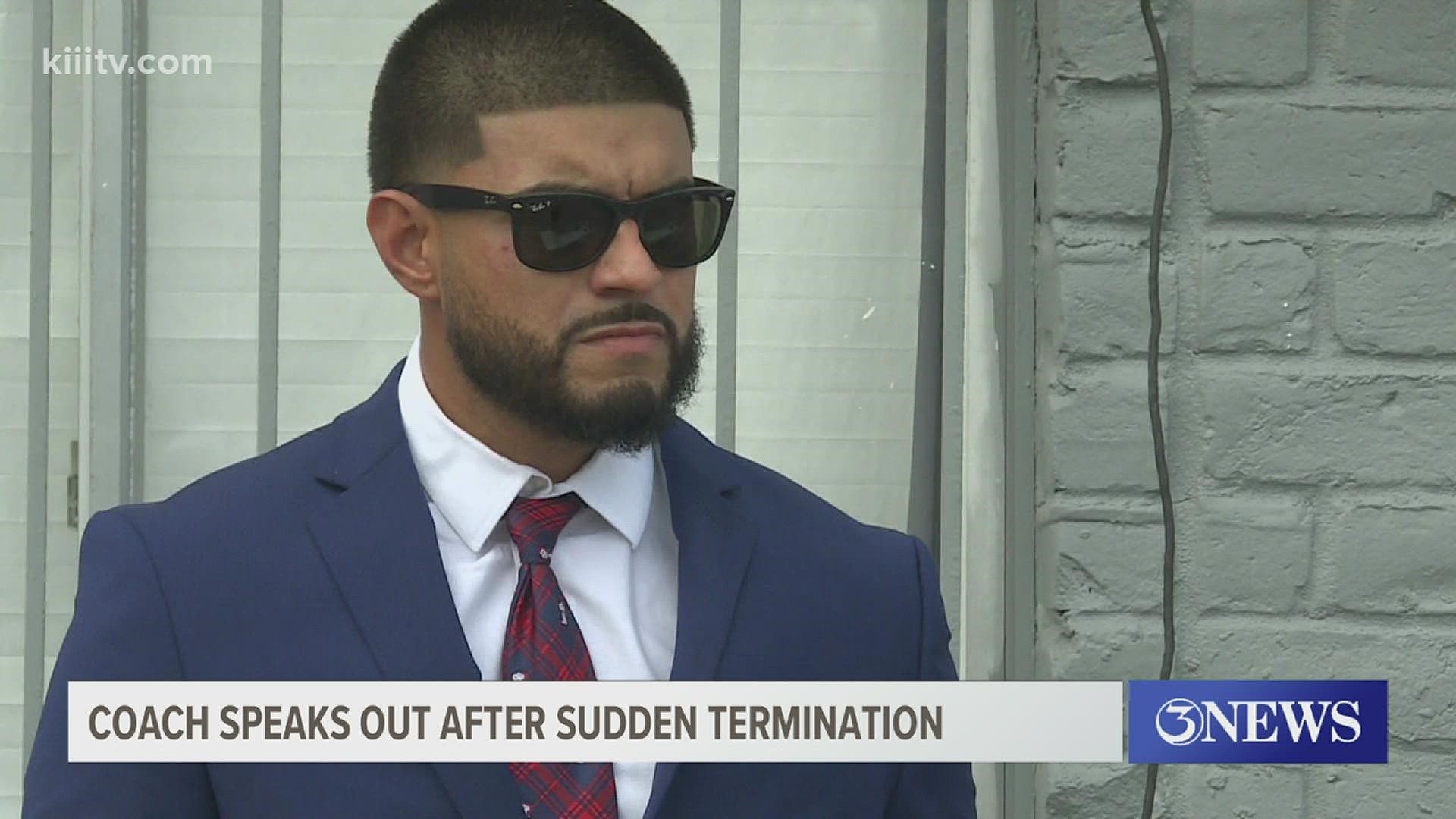 CORPUS CHRISTI, Texas — As football season is getting underway in South Texas, the Saint John Paul II Centurions will be without their head coach.

Athletic Director and Head Football Coach Andrew Leon is no longer employed with the school, according to a statement from the Diocese of Corpus Christi.

On Tuesday, he told a gathering of people in front of the office of United Latin American Citizens Council #1 that he was unfairly let go from his job.

Now, the civil rights organization is claiming Leon was discriminated against.

Parents, students, and athletes gathered in the parking lot off of Holly Road to show their support for Leon.

The crowd demanded his re-instatement.

Among those who spoke on behalf of Leon's character was Centurions football player, Aiden Olivo, who described his coach as a second father figure after his dad passed away from cancer.

"Coach Leon was there for me," Olivo said. "He would call me every day. He would offer to drive me to Houston to see my dad. He would tell me 'Don't worry about the game this Friday. This day is bigger than football.' Him saying that really opened my eyes to the person he is."

The coach's firing comes with less than a month till what would have been his fifth season with St. John Paul II. Leon said he was given the option to resign or to be terminated with no cause.

"It's been more directed from the Diocese," Leon said. "I think nobody at John Paul supports the decision. I think they are being forced to support this decision."

Leon said he was not given a reason for his termination.

LULAC is now coming to his defense claiming he was not disciplined the same way as another employee following what they described as a similar infraction.

Meantime, Leon said he appreciates the show of support he is receiving.

"Everybody out here will tell you I've done amazing things," Leon said. "To walk in and not have a job, there has to be a lot more to it, especially when there is no cause."

3News reached out to the Diocese of Corpus Christi for a response to the accusations made during Tuesday's news conference. A spokesperson for the diocese said they are unable to comment.

Officials with the diocese said Marco Hernandez will act as the interim Athletic Director.

On Tuesday, Leon released a statement on Twitter regarding his firing.

Hope to see everyone out tomorrow, if things don’t change prior to the conference. Love y’all and thank you to everyone who has reached out personally . It means the world . #BENOTAFRAID #RISEABOVE #SAVEJPII pic.twitter.com/heiH0PCxQS