This will make South Texas less dependent on North and Central Texas to ship grocery items down here during catastrophic weather events. 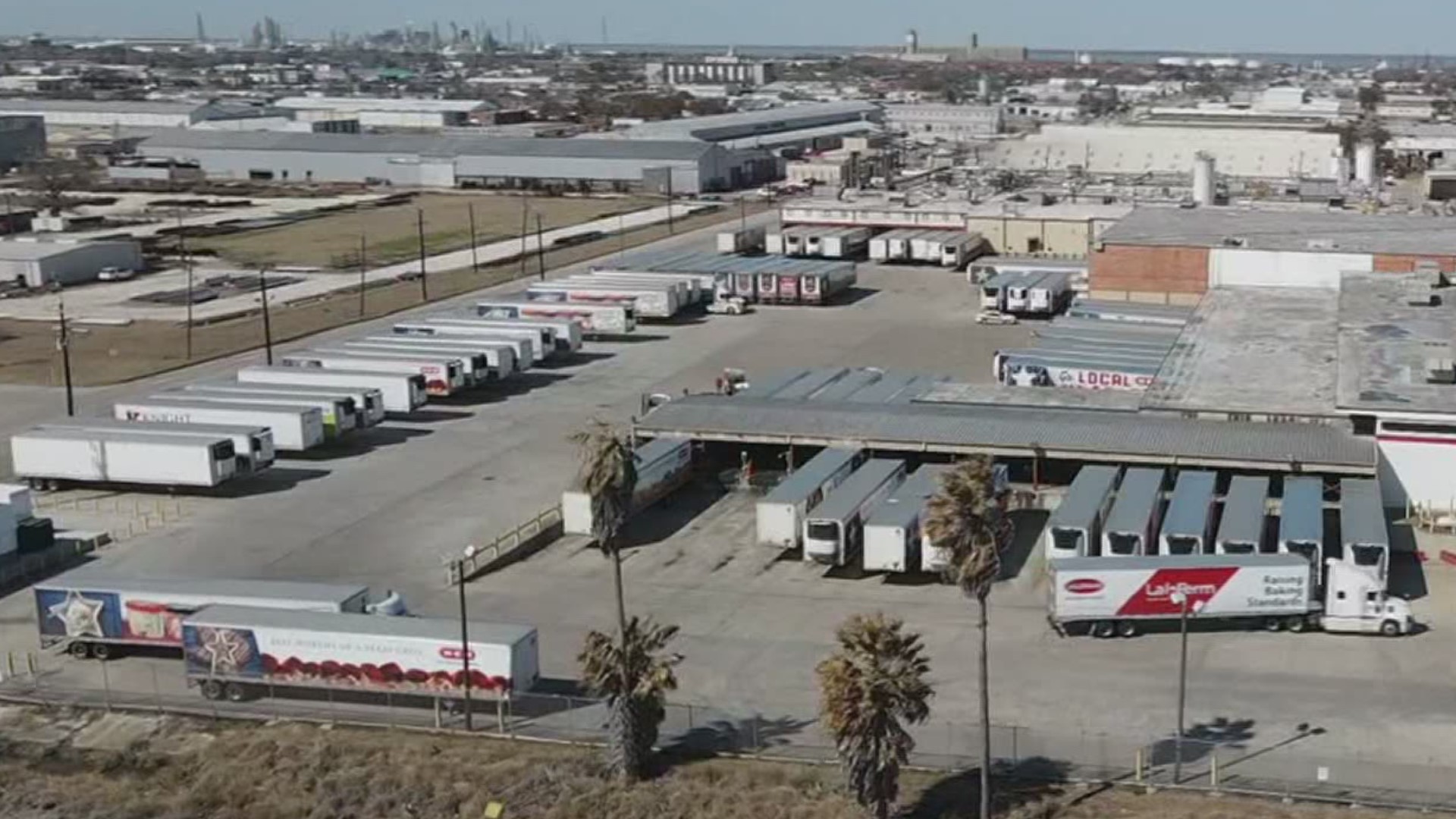 CORPUS CHRISTI, Texas — Nueces County Judge Barbara Canales is drafting a letter to the H-E-B corporate office to ask that they consider putting in a distribution center here in Corpus Christi. That after our grocery store shelves were emptied of many of the basic necessities during our ice storm event.

Our grocery store shelves were stripped bare during the storm. People bought up all the food as most of the roads in Texas were iced over and trucks could not deliver water and other essential food items.

Judge Canales said that the H-E-B bakery warehouse distribution complex off of McCampbell Road in Corpus Christi continued to turn out bread items. She’s hoping to convince the company to open up another distribution center here, focusing on those grocery items that we couldn’t find on our store shelves over the past week.

"We actually did have our H-E-B on Agnes that was the only operational breadmaking H-E-B," Canales said. "I believe in the region and so they had a generator and they were pumping out the hot bread which was great but in general we do need, and I have already discussed, to have a small mini distribution center here. We cannot be in the same situation ever again.”

The judge is going to send a letter to the H-E-B Corporate Office asking that they consider putting in a distribution center to serve the area. That way South Texas isn’t wholly dependent on North and Central Texas to be able to ship grocery items down here during these catastrophic weather events that are becoming more common.

"We have an issue with food need here," Canales said. "Food insecurity is a big issue for our South Texas population. We have a food desert because there is a lack of access in many areas to high-quality food and I think when our project is unveiled in April, it will make a great case to an H-E-B to explain why it is imperative that we do just that to build a small distribution center here.”

The judge said the county has been working with the hospital district to come up with the facts and figures to back up their request to H-E-B. Also, the county itself is looking at making sure it has the supplies on hand needed to deal with the next hurricane or ice storm.

"We learned from dialysis centers all the way to major hospitals; they needed equipment, pumps, portable water trucks," Canales said. "There was a tremendous amount of need of infrastructure and I’m proud to say the county was on the forefront of coordinating all those efforts and we worked around the clock to make sure that water was available to those healthcare providers."

Judge Canales said that she wants to make sure that our area isn’t left without the basic necessities of life again. She’s hoping that her efforts will pay off and that we will have things like milk and water readily available after the next disaster strikes.