The heavy rain last week resulted in flooding across several areas in the Coastal Bend. Two of those hard hit areas include Rockport and Papalote. 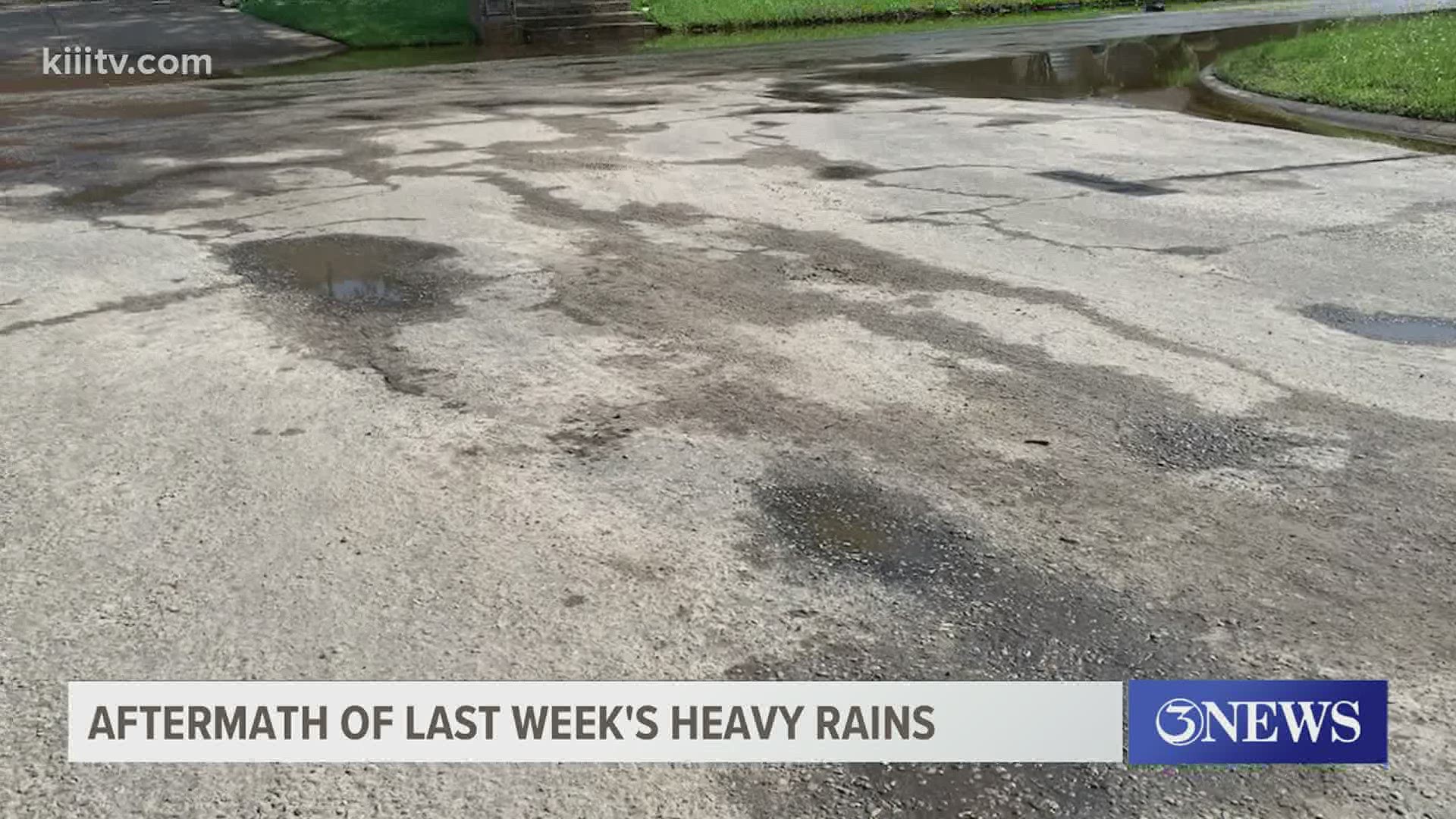 TEXAS, USA — The heavy rain last week resulted in flooding across several areas in the Coastal Bend and two of those hard-hit areas include Rockport and Papalote.

Last week neighborhoods and streets were flooding, 3News also spoke with concerned residents in both areas. Good news is flooding has cleared but there is some standing water and some problems both areas are facing.

According to the Mayor of Rockport, Patrick Rios, the city received more rain than the neighboring areas.

"In a matter of a few days we got more than the average annual rainfall. It's the speed in which it came down the ground was already wet, there was no place for it to go that combined with high tide in the bay made it difficult to get it out of our drainage system,” said Rios.

Mayor Rios says the city is currently assessing the damage caused by the rain and that the biggest problem is street damage.

"Many sinkholes, potholes, and some spots the asphalts floating on the water. It's going to take a while to do a complete assessment of the damage done to the streets this could add up to many dollars to get things back to normal," said Rios.

Rios says they're hoping to get more assistance for those street repairs.

"We issued an emergency declaration so that we will qualify for funding if we exceed that threshold," said Rios.

The wastewater treatment plant was also overwhelmed with the rainwater.

"There was fresh water, fluids that came out, no solids, but we made all the required notifications to TCEQ and taken the precautionary steps," said Rios.

And over in Papalote last week residents were unable to drive in and out of their neighborhood, but the roads are now clear from high water.

Things may be better now, but residents they can still feel the impact of all that rain.

"We couldn't leave if we wanted to and our trash pickup is on Wednesdays and we still have trash here from last week," said resident Pam Parker.

"There was safety issues and by Friday we drove around a little bit on our street and we were consumed by water it was everywhere. It was coming up behind my next door neighbor’s house from the creek into the backyard.”