Millions of dollars in damages were caused when Hurricane Harvey hit the Coastal Bend back in 2017. 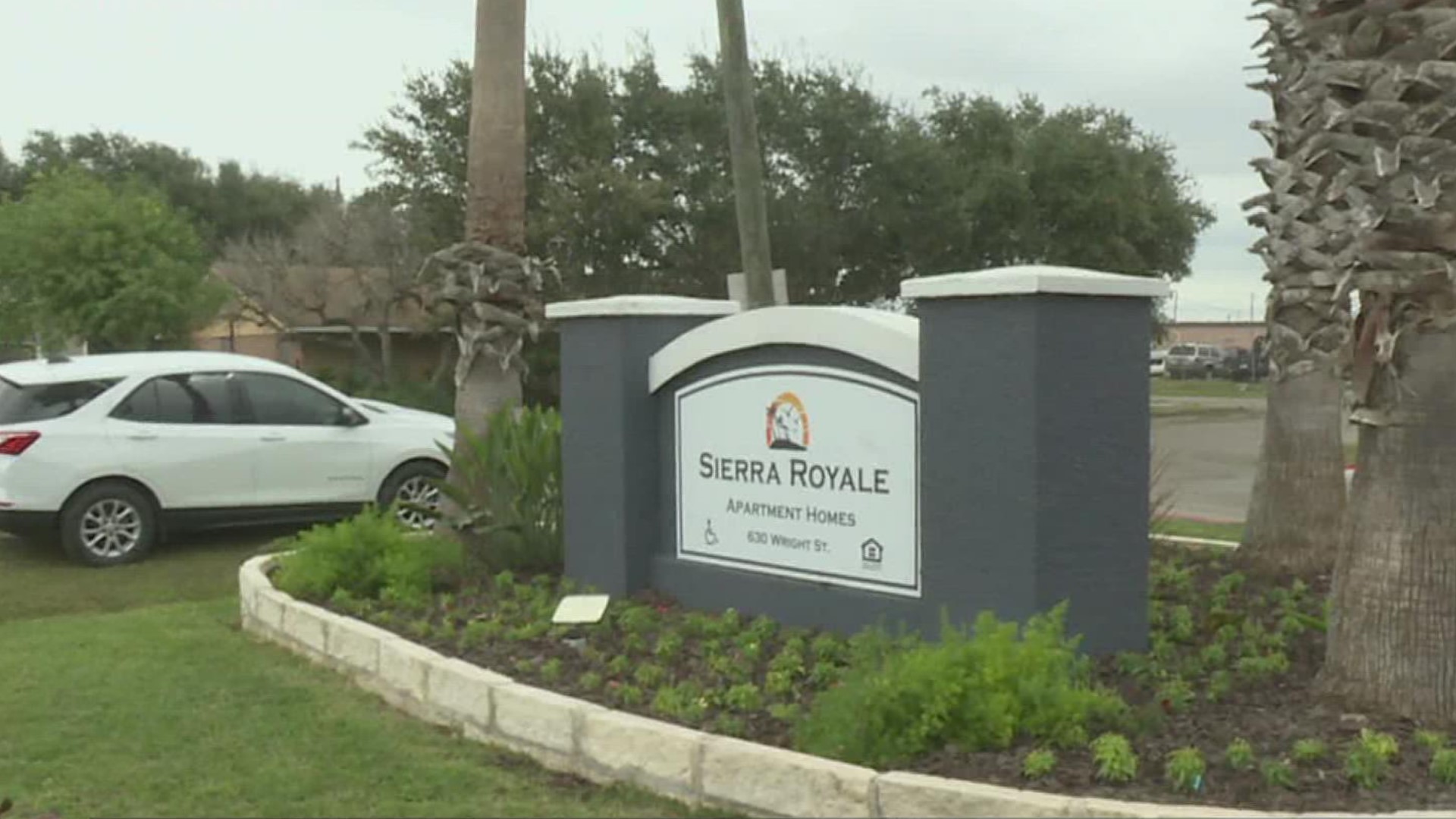 ROBSTOWN, Texas — The community of Robstown celebrated the official reopening of an apartment complex left severely damaged by Hurricane Harvey in 2017.

Brittany Eck, Community Director for the Texas General Land Office said the apartments cause tenants to have to find alternate living accommodations.

"Many of these units were uninhabitable,” Eck said. “So many of the people had to find other places to live until funding could be made available that would help repair and rebuild all of this damage."

Millions of dollars in damages were caused when Hurricane Harvey hit the Coastal Bend back in 2017. When insurance couldn’t cover the cost to rebuild the Sierra Royale Apartments, Owner Rick Deyoe turned to the TGLO for help.

"Some of our residents have been here since we built it in 2005,” Deyoe said. “That's how long they've been tenets here. They love where they live and for them to be able to walk back into their unit after it's been completely rehabilitated and see the big smile on their face, it was a pleasure."

Since the aftermath of Hurricane Harvey, the apartment complex has been renovated with many residents eager for its completion. One such being Robstown Mayor Gilbert Gomez.

"It's a good day for Robstown when we're able to have affordable housing that looks this nice,” Gomez said. “That's something that the citizens can be proud to live here. We're hoping that hopefully down the line we're able to build more of these apartment complexes for our citizens."

While the $4.5 million rebuild has the apartments looking nice, Eck affirms that there are still more projects to come in the near future.

"We have about 80 projects that have been under construction,” Eck said. “About half of those have been completed already. We're very excited, many of them are already booked up—they have folks in them—because the need is just so significant."

Due to the $588 million in funding from the U.S. Department of Housing and Urban Development. Relief efforts from Hurricane Harvey are finally taking shape.

"We're working on another affordable project right now in Rockport, you know for the citizens of Rockport. With every new project, we learn a little bit more on what the local community wants to see," Deyoe said.